Photos: The Ten Greatest Novelists in the World

In September 1948, John C. Winston published a book by W. Somerset Maugham titled Great Novelists and Their Novels. It contained essays on "The Ten Best Novels in the World", a list Maugham originally made for the editor of Redbook. Some six years later, in 1954, Maugham completely revised and considerably expanded the book. This version was published as Ten Novels and Their Authors in the UK (Heinemann, 1954) and The Art of Fiction in the US (Doubleday, 1955). A charming feature of the original edition that didn't make it to the revised one was a series of ink portraits of the ten authors by Robert W. Arnold, an artist nobody seems to remember today. The purpose of this post is to show these portraits together with what might have inspired them. The order is chronological according to the year of birth.

Henry Fielding (1707-1754)
One of Mr Arnold's finest achievements, the portrait of Henry Fielding appears to have been based on an etching by Jonathan Wild, c. 1743. Mr Arnold's creation certainly looks more like the author of such a funny book as Tom Jones. 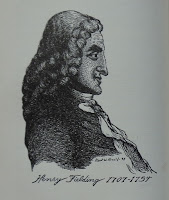 Jane Austen  (1775-1818)
Jane's books are as famous as her looks are elusive. Mr Arnold evidently based his work on the posthumous engraving from Memoir (1869-70), never mind that it has little to do with the sketch by her sister, Cassandra, drawn c. 1810, apparently the only image of Miss Austen that was drawn from life. None of the four portraits shown below - Mr Arnold's, a re-engraving from 1873, the Memoir engraving and Cassandra's sketch - manages to convey even a trace of Jane's inimitable sense of humour. 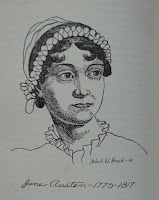 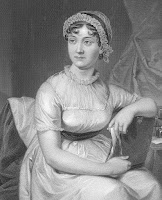 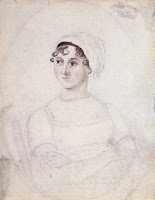 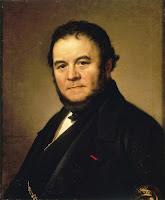 Honoré de Balzac (1799-1850)
The author of La Comédie humaine has but one famous image, a daguerreotype by Louis-Auguste Bisson from 1842. Mr Arnold's rendition is perhaps a trifle too timid for the man whom Maugham, not the easiest man to please, calls the greatest novelist of them all and "the only one to whom I would without hesitation ascribe genius", but it's a fine portrait nonetheless. 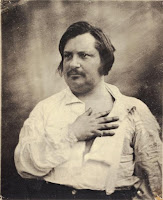 Charles Dickens (1812-1870)
Charlie Dickens was reportedly the first writer to make a little more than a living with his pen. He made a fortune. Thanks to the unprecedented fame he achieved during his lifetime, portraits and photos are legion. Two photographs from relatively late in his life (1860s) are shown here. Mr Arnold chose to emphasise the melancholic side and that's fine with me. 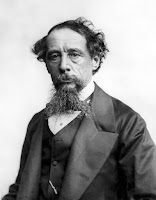 Emily Brontë (1818-1848)
Wuthering Heights obviously wasn't among Mr Arnold's favourite books. He is rather unkind to the poor Emily in profile. There is but little resemblance between his work and the portrait by her brother, Branwell, apparently the only image of the authoress from life.

Herman Melville (1819-1891)
The author of Moby Dick is Mr Arnold at his best. He may have modelled it on a fine 1861 photograph and/or the excellent portrait by Joseph O. Eaton from 1870. 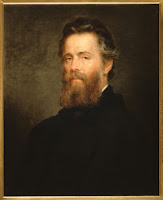 Gustave Flaubert (1821-1880)
Mr Arnold's Flaubert is a rather straightforward, though not unimaginative, rendition of the famous photo by Nadar. 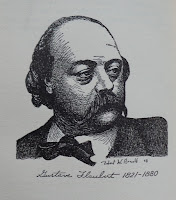 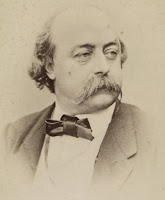 Fyodor Dostoevsky (1821-1881)
Mr Arnold's Dostoevsky may seem somewhat mild, but I like his thoughtful glance better than any photograph I have been able to find. 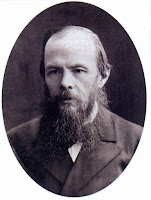 Leo Tolstoy (1828-1910)
Mr Arnold must have felt singularly inspired by the Russian novelists. His Tolstoy is remarkably done and, as in the case of Dostoevsky, more stirring than any photograph. You would expect something like War and Peace to be written precisely by a man with such eyes - and such beard. 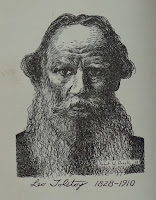