If I am asked to recommend a single set of recordings that demonstrate Karajan's genius to the full, I would choose Wagner's overtures and preludes which he recorded in October 1974 with the Berliner Philharmoniker. Never before, much less since, has Wagner been played like that. These recordings have been released countless times in all sorts of variations, including the sound, the covers and the selection. The modest purpose of this brief illustrated post is to clarify the somewhat confusing situation with CD releases by EMI. Some curiosities are mentioned at the end, but I have not aimed at completeness.

NB. Some of the following photos have been found on the Web. If you recognise some of your own, and if this offends your personal vanity or legal copyright, let me know and I will remove them.

EMI CDM-7 69019 2 (1987)
Newly remastered. The collection was apparently first published, but not remastered, in 1985. Note than the Lohengrin and the Parsifal preludes are missing.

EMI CDM 7 64334 2 (1992)
Strange edition. The prelude to Act 1 of Lohengrin is added, but not the one to Act 3. This is the only newly remastered piece; the rest is identical to the previous edition. 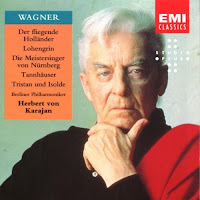 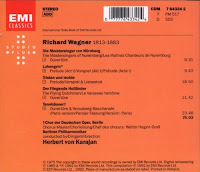 Karajan Edition (1996)
EMI 66106, 66107 & 66108
This is the most complete selection, all eight works are present (including the Parsifal preludes usually omitted, see below), but it is spread on three different discs and coupled with works by Richard Strauss (recorded at about the same time and equally stupendous). All recordings newly remastered for this edition. The liner notes are old and perfunctory, though. 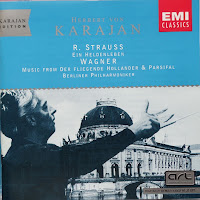 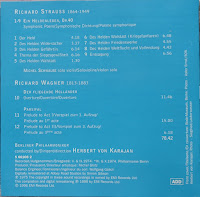 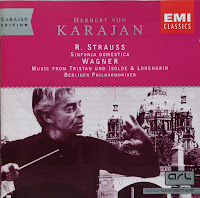 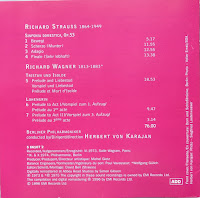 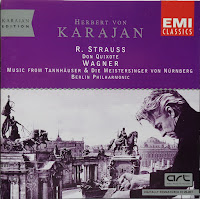 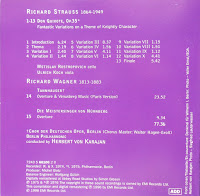 Great Recordings of the Century (2004)
EMI 62756
Complete selection except for the Parsifal preludes. Remastered and apparently first published in 2001, though the edition has not been traced. Fine liner notes by Richard Osborne about Karajan's way with Wagner. 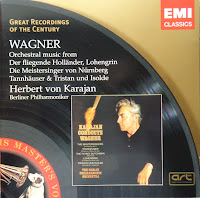 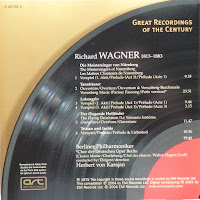 The KARAJAN Collection (2005)
EMI 76896
The same works, the same 2001 remaster, and the same liner notes by Richard Osborne as in the previous edition. Only the cover, the order of the tracks and the photos in the booklet are different. 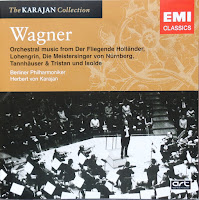 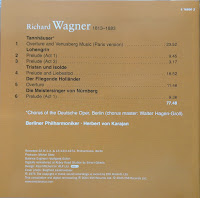