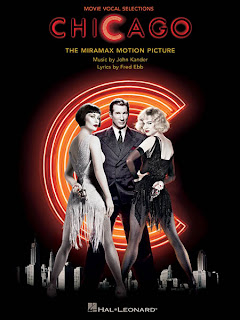 is Shakespeare updated. Life is not just a stage. It’s showbiz. It really is. Apart from terrific music and dazzling (and dizzying!) choreography, lavish sets and costumes almost to the point of ostentation, this is a musical with a terribly serious message.

It is not the showbiz per se that is subjected to a devastating satire here. It is the society’s making such a monstrous fuss of it. In fact, the prime reason for the very existence of showbiz is the media hype created by a smart minority in order to be enjoyed by the brainless masses. When it comes to raw material for hot news, everything will do: murder, adultery, perjury, prison, trial; nothing, however gruesome, morbid or improper, is taboo. Family and friendship are viewed through the all-encompassing lens of sex and money, respectively; any other values or positive qualities you can think of – goodness, truth, love, integrity, honesty, whatever – are perverted on a grand scale. The “phony celebrity” of the moment is everything, a “flash in the pan” that’s forgotten as soon as a new star appears. That’s . It mixes all that and a lot more into a potent cocktail of rambunctious fun and razor-sharp cynicism.

There are so many scenes in this movie which stick in the mind as a chewing gum on a hot tin roof. Remember the black-and-white, mock-archive footage ranging from tattoos of Roxie’s name to her hairstyle being all the rage among young women to baby dolls that look suspiciously like her. What could be a better illustration of social sickness than a mass hysteria over a murderess who can pass for “reformed sinner” thanks to brilliant PR? Or the fabulously over-the-top court scene, at breakneck tempo and accompanied by “all that jazz”, crowned with Roxie’s fake fainting and surreptitious “What a bullseye”. If you know of a more powerful example of the hilarious inefficiency of the law system, not to mention the vast opportunities for its manipulation, let me know about it too. 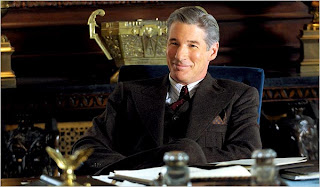 Likewise, the dialogue and the lyrics are brimming with unforgettable lines. Let Billy Flynn sum up the movie for you. No one can do it better:

I don't mean to blow my own horn, but if Jesus Christ lived in today, and he had come to me and he had five thousand dollars, let's just say things would have turned out differently.

Would you please tell the audience... err... the jury what happened?

Give 'em the old razzle dazzle. Razzle razzle 'em. Give 'em an act with lots of flash in it and the reaction will be passionate.

You’re a phony celebrity. You’re a flash in the pan. In a couple of weeks, no one's gonna give a shit about you. That's .

Even if you don’t want to be bothered with any serious issues, you can still enjoy as 110 minutes of unabashed fun. This is what makes the movie a real masterpiece: it is relentlessly hilarious. Not the least of its merits is that both Roxie and Velma, the two chief singer-dancer-murderesses, are presented with sympathy and even compassion. These are no caricatures. Nor, for that matter, are the warden of the female prison (Mama) or the genius-lawyer who’s never lost a case (Billy Flynn).

Despite considerable liberties with reality in terms of both plot and characters, the movie doesn’t feel like fantasy at all. It’s a real story about real people. Whether you will take to heart the personal or the social implications of it, both or neither, that is up to you. Both are there. And both are dead serious and at the same time stupendously entertaining. 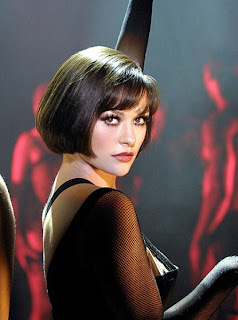 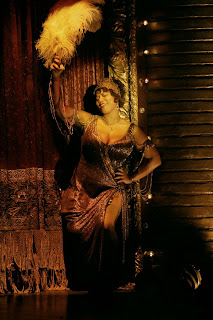 The cast is every bit as perfect as the feasts for the eyes and the ears. Catherine Zeta-Jones, in addition to being an amazing singer and dancer, has never looked hotter than she does here; nor has Queen Latifah (Mamma) with her unbelievably capacious bosom. Renee Zellweger (Roxie) is not quite up to the mark as far as singing and dancing are concerned, but she is nevertheless a fine actress. She certainly conveys very convincingly Roxie’s transformation from a disingenuous girl in the beginning to a shrewd woman of the world in the end. Nobody plays cocky lawyers better than Richard Gere does. Probably nobody ever has. He is in his element here.

All in all, is uncannily close to perfection. It can be seen as a farcical comedy pure and simple, and therefore enjoyed without any participation of your central nervous system. Rob Marshall’s masterful direction and simply superb choreography are quite enough for that, although the lavish visual side, the pointed dialogue (and lyrics) and the jazzy splendour of the soundtrack do help. On the other hand, masterpieces work on multiple levels. If you’re in the right mood, the musical can be seen as a scorching satire of society and its wild but so ephemeral and empty passion for celebrity and scandals. of the 1920s is a gorgeous setting but the message is pretty timeless. Indeed, not only does it still ring true today, but it becomes more and more relevant.

Either way, if you enjoy Bob Fosse’s immortal classic All That Jazz (1979), you definitely should see (2002) as well; the phrase “All that jazz” is indeed quoted in the very first musical number. Since he directed and choreographed the original 1975 Broadway production, it is no wonder that Fosse’s influence should pervade the whole movie adaptation. This is all for the better. Rob Marshall knows how to pay homage without becoming a slavish imitator.

That’s . A magnificent spectacle with a lot of fun and a lot of food for thought. What more can you expect from a musical?