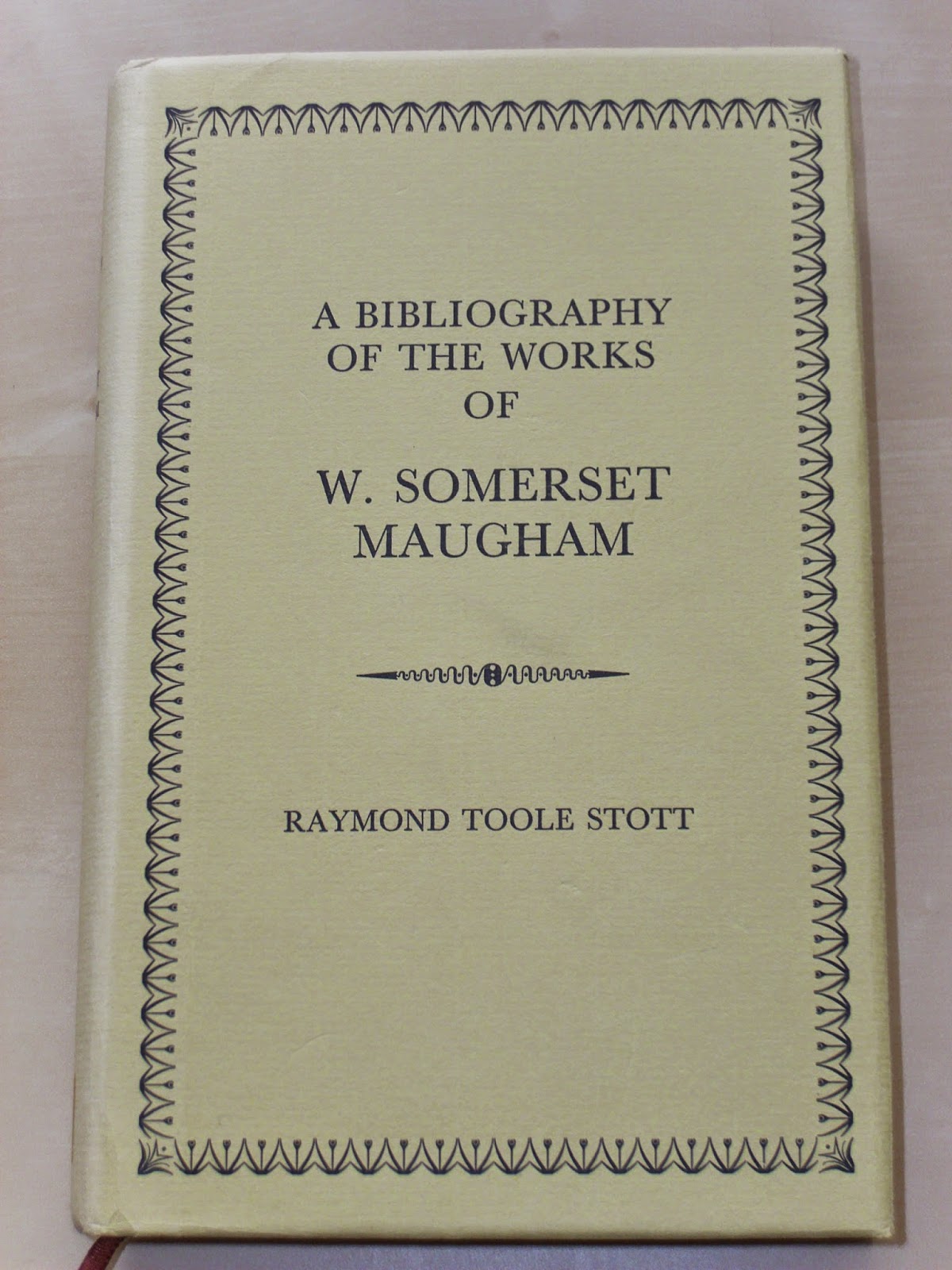 Section E is skipped due to my lack of belief in its importance.

Speaking of my prejudices, I might mention that Sections F and G will be dealt with in a more perfunctory manner. The reason is that I would rather read a third-rate piece by Maugham, full of repetitions, than a first-rate writing about him – and there is woefully little of the latter anyway.

One point where I agree with Mr Stott is his rather contemptuous dismissal of the work of Klaus Jonas. Nevertheless, the addition of a few cross references might be useful.

Various other notes:
·   F37. Mr Stott is correct about the places where MacCarthy's ''The English Maupassant'' has been reprinted, but he has missed the cross-references: B4 and F85.
·   F67a=G69. ''Maugham and Posterity'' by Glenway Wescott, a ''fine critical study'', is also reprinted in B16 and F103. There are several slight differences, especially re-arranged paragraphs, but the piece is substantially the same in both books.
·  F79. Somerset Maugham by John Brophy. In my attempt for a review I have tried to explain why I don't think this is ''an excellent study of the novelist''.
·  F93. Theatrical Companion to Maugham may be recommended to all admirers of Maugham's plays.
·   F109. Memoirs of a Malayan Official by Victor Purcell. Mr Stott's claim that the book ''throws quite a lot of light on the scandals which undoubtedly gave Maugham the idea for many of his plots'' is perfect nonsense. There are very few references to Maugham and they mostly show that Mr Purcell had no idea what the writer was trying to do. One is tempted to use a famous quotation: It's fiction, stupid!
·   F120. The Two Worlds of Somerset Maugham by Wilmon Menard. Mr Stott might have recommended this excellent study of Maugham the man and the writer. This book does contain a lot of interesting material about some of Maugham's stories, most notably ''The Pool''.
·   [F134a]. This is where Remembering Mr Maugham by Garson Kanin should have been. For some mysterious reason Mr Stott doesn't mention this important book.


· F160. Sunshine and Shadow by Cecil Roberts. This is neither a ''fascinating autobiography'', nor does it contain ''much of interest on Maugham''. The autobiography is of the dullest possible kind, listing tons of events with minimum reflection in between, and the only really interesting moment on Maugham is when Mr Roberts met the grief-stricken author shortly after Haxton's death. You can find the few lines of it in most of Maugham's biographies.

Quite a few books on Maugham have appeared since 1973. Here is a highly selective list. For more information, together with some annotations, one is directed to Troy James Bassett's work:

These at least pretend to be scholarly. Here are several books about Maugham that make no such claims:
·        Conversations with Willie by Robin Maugham, 1978.
·        Somerset Maugham and the Maugham Dynasty by Bryan Connon, 1993.